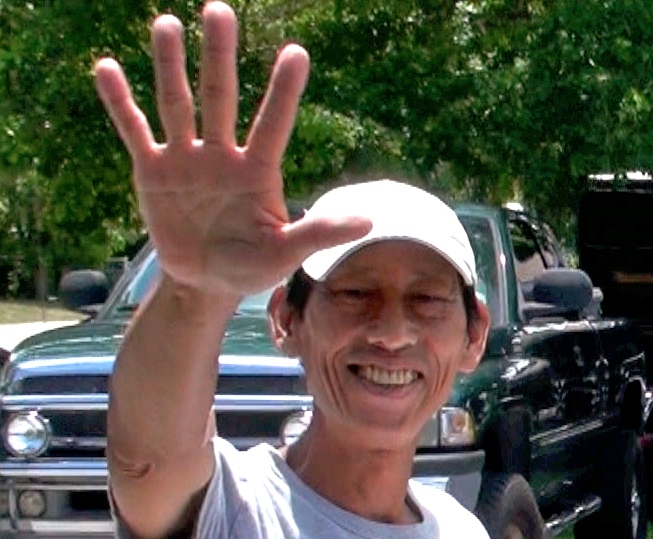 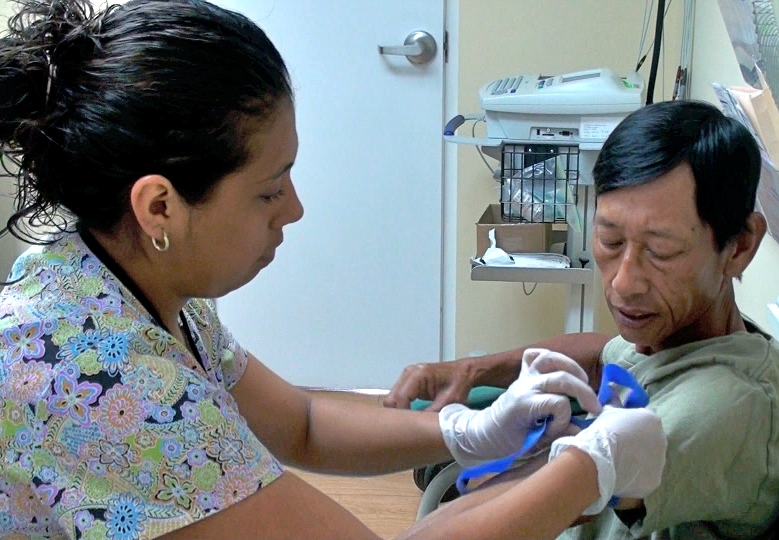 At 51, Quy Giao (pronounced Wee Yao) has long since learned to  forge his own path through life.  Born in Da Nang, South Vietnam, Mr. Giao was 15 when fled the Viet Cong.
Giao had worked at his family business as a schoolboy and expected that would provide for his economic security through life. But after the Communists took over, his future looked bleak. Rather than live under a communist regime, he decided it was better to leave the country.

“One day, I put down my weapon and I escaped,” the soft-spoken Giao recounted. He found his way to Hong Kong and in 1980, he entered the United States as a legal refugee.
Shortly thereafter, Giao became an American citizen and moved to Florida. A resident of Martin County, he  makes a modest living detailing automobiles.
He earns less than $20,000 a year, which is probably why he suffered stomach problems for nearly three years with a gastric ulcer and B-cell lymphoma, a cancer of the lymphatic system, without getting treatment.
In 2008, the pain finally forced him to the emergency room at Martin Memorial Health Systems. After his discharge, however, he didn’t follow up with a doctor. Giao didn’t have the money and he felt well enough that he decided to forgo treatment. But then, Giao had long been used to fending for himself.
So  it was another year before he arrived at the VIM Clinic. By then, he was spitting up blood.
It was time to do something.

“Mr. Giao had some upper GI bleeding,” said Dr. Howard E. Voss, VIM Clinic’s Medical Director.  “He had been diagnosed with a 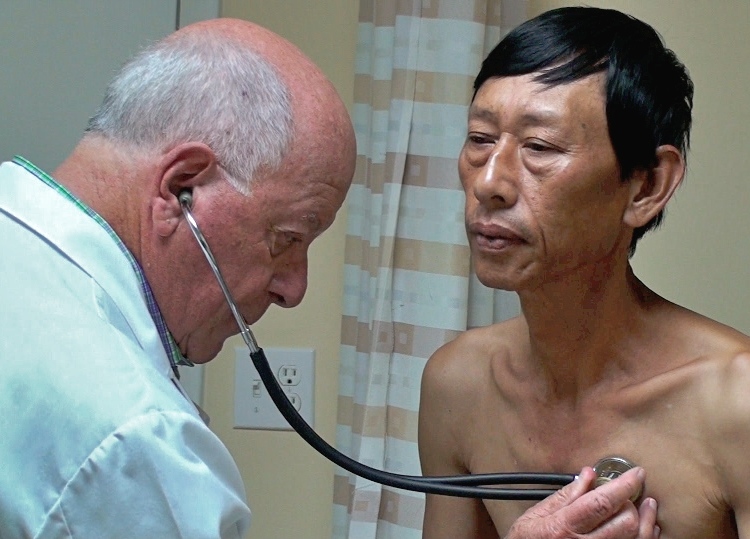 stomach lesion, so after admission to the VIM Clinic, his workup continued.”
Fortunately, several specialists agreed to see Giao. An edoscopy was performed by Dr. Amitabh Kumar at Gastroenterology Consultants and a biopsy confirmed the lymphoma.

Giao was referred to oncologist/hematologist Guillermo Abesada-Terk at MMHS, who sent Giao for radiation therapy with Dr. Jorge Castillo at  Martin Memorial Radiation Oncology.
“Mr. Giao is a typical example of the collaboration that exists between the Volunteers in Medicine Clinic and practicing physicians and specialists in our community,” Dr. Voss said. “These specialists agreed to help us by providing care to our patient, free of charge.”
The radiation therapy was successful. PET scans taken this May, a year after his treatment, confirmed that Giao’s lymphoma remained in remission. However, the scans also found a disturbing spot on his left lung.

“Mr. Giao has a history of heavy smoking,” Dr. Voss noted. “The nature of the PET scan finding, combined with his smoking history, leads one to believe he has lung cancer.”
After 30 years in this country, Giao still speaks wistfully about the misty mountains surrounding Da Nang. He hopes to visit and climb those mountains again one day soon.
For the moment, however, he has other, more immediate challenges to face.

Check back for updates about Quy Giao’s case.