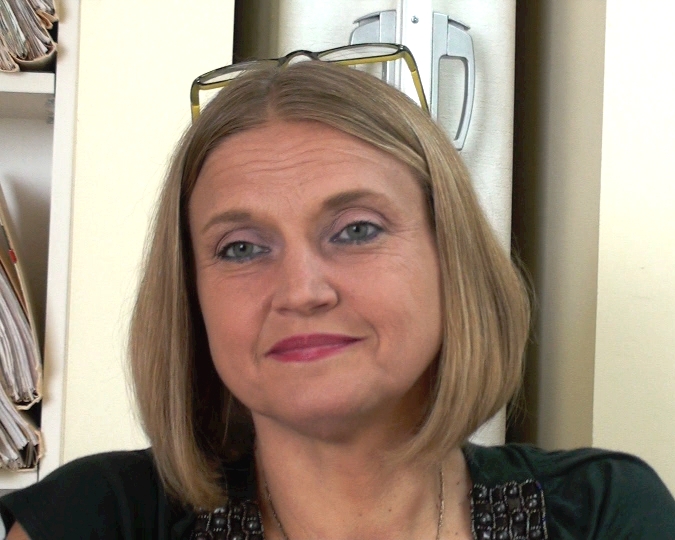 Elisa Rice, 46, is a hard-working woman who spent long days at her job in a Jensen Beach produce market. Her husband is a tile-setter. Between the two of them, they earn less than 200 percent of the poverty level for a family of three, which is about $36,600 a year. T 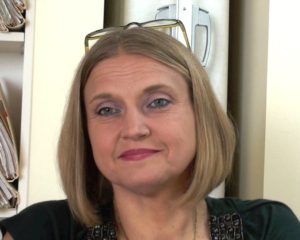 hey don’t have access to health insurance and couldn’t afford it if they did.

When Rice learned about the Volunteers in Medicine Clinic, she had a serious problem with carpal tunnel syndrome in her right hand. Also, a fallen bladder caused incontinence. At the produce stand, she was constantly using her hands to lift, move and sort produce. She worked outdoors on her feet all day, greeting customers and handling the cash register.

The pain in her right hand got so bad, she had to sleep sitting up, with her arm on pillows.

To make matters worse, she constantly leaked urine. “Not just when I coughed, not just when I sneezed, but when I was walking or talking,” she recalls. “It was just horrible.”

Rice suffered like this for two years. She was embarrassed, her self-esteem was shot and she was depressed. Her

son didn’t want to be seen with her in public, and her health problems were taking a toll on her marriage.

She was in a downward spiral. Even so, she was hesitant about going to VIM Clinic.

“I was scared at first,” she says. “I used to think I should be ashamed to come to a free clinic like this.”

It’s hard to fathom the “old” Elisa Rice as she recounts her story. The woman sitting across the table today is attractive, poised, energetic and very confident.

“I finally came here and it was unbelievable,” she says. “VIM saved my life.”

Today, Rice says, her hand “is unbelievable.” She flexes and flutters her fingers as she speaks. “It’s perfect. There’s no pain.”

One of the VIM Clinic volunteers who worked with Rice was Sandra Thomas, a Physician Assistant with 27 years’ experience in several specialties, including occupational health and gynecology. 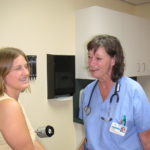 a came in, she was very frustrated,” Thomas says. “She was having multiple medical problems, the worst of which was leaking urine constantly. That was really interfering with her ability to do anything or go almost anywhere.”

“She agreed that Elisa needed the surgery and was very happy to operate on her pro bono and fix the problem,” Thomas says.

The volunteers at the clinic, Rice says, have “totally changed” her life. She’s confident enough now to look for a new job and her home life has improved immensely. 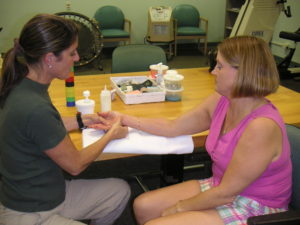 “I have a lot of happiness. My husband and I are on the road to happiness, whereas we weren’t before. And my son, it made a difference with him too, because I wasn’t mom anymore. I was a miserable human being and now I’m mom – and he enjoys that.”

Her son, now 18, is no longer embarrassed to be in public with her. He has since moved on to college in St. Petersburg, where he’s in the Army ROTC, hoping to become a helicopter pilot.

“I don’t know where I would be without Volunteers in Medicine,” Rice says. “My quality of life is just the best now and I don’t know how to say thank you enough for everything they’ve done for me. They’re amazing here.”