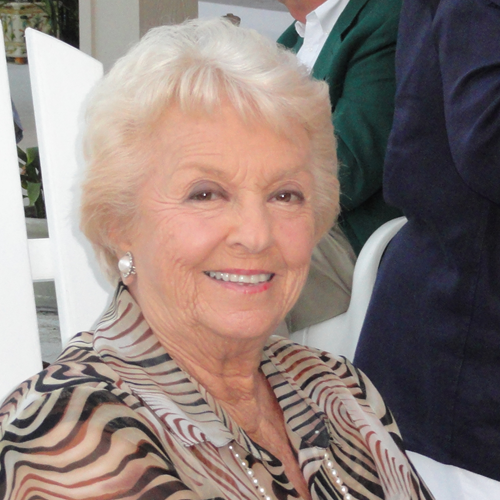 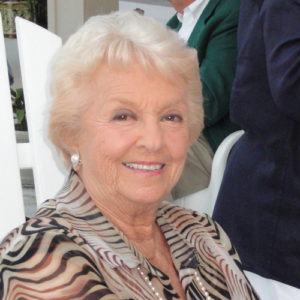 Former USO and Broadway star Carmelita Pope joined the fun at a Nov. 1 gift-gathering party to benefit the Volunteers in Medicine Clinic. Graciously hosted by Paula and Paul Nicoletti at their Mariner Sands home, about 30 neighbors and friends brought gift items that will be auctioned to raise money at our Jan. 29 Broadway Stars Black Tie Gala.

Delightful, gracious and still very lovely at 85, Ms. Pope recounted her earlier years in Stuart when she did a great deal of nonprofit work. Most notably, she read books for Second Sight and worked with the late Frances Langford on fund-raising events.

On Broadway, Ms. Pope played Stella Kowalski in A Streetcar Named Desire. Her co-star was none other than Marlon Brando! The two, she says, had known each other since they were teenagers.

She has many fond memories of Stuart, and ironically, of the Nicoletti home. That’s where she and her late husband Bill Wood lived from 1988 to 1999! Ms. Pope now lives in Boise, Idaho. She made the trip to Stuart for the USO Costume Ball and graciously agreed to stay a bit longer to lend her Broadway Star power to the gift-gathering party.

Many thanks to Ms. Pope, the Nicolettis and all of their guests for helping the Volunteers in Medicine Clinic continue its mission of providing quality, compassionate and comprehensive health care to Martin County residents in need.

You are all VIM Clinic STARS!